String sorting algorithms used in computers usually compare the strings character by character and decide upon the first difference whether one string comes before or after another. This works well for words and names, but not for numbers (see table at the right side). Therefore one must consider the entire number and compare by its numeric value. While numbers are basically also sorted from left to right, digit by digit, this is only true if both numbers have the same digit count. For shorter numbers you need to “imagine the leading zeros”. Characterwise sorting puts “ab” before “c”, but also “12” before “3” which seems wrong to us. 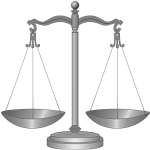 Strings without digits are sorted as usual. Further features of my implementation are:

What this function cannot do:

Sorting data can be reduced to pair comparison of items in the sorting algorithm. So this is not a sorting algorithm (like Bubble Sort or Quicksort), but merely a comparison function. It can also be used separately, where ever two strings need to be sorted. In order to sort entire lists, you can for example use the following code:

The source code contains preprocessor statements (“#define …”) at the beginning of the file that can be used to configure the function processing. You can for instance deactivate the support for local special characters or negative numbers. These code sections are then no longer compiled in and don’t use any space or runtime. These statements must always be at the beginning of the file, also in front of the using and namespace specifications. Since these are only symbol definitions, they can also be defined in the project configuration (Visual Studio: Project properties; Build; Symbols for conditional compilation).

Since this function does a lot more, it takes more time than a simple character-wise comparision on the same data. To test the comparison speed, I have run time measurements with a non-representative list of about 21 100 file names from my Windows directory, using the List<string>.Sort(Comparison<string>) method.

All in all you can say that using the function for natural sorting with enabled support for local special characters, negative numbers, case sensitive mode and ignoring certain special characters leads to a pure comparison work of

Negative numbers are now sorted correctly. Before, the order depended on the string length. (Thanks to Michael Hodel for the helpful hint.)

Copying and distribution of this file, with or without modification, are permitted provided the copyright notice and this notice are preserved. This file is offered as-is, without any warranty. (GNU All-Permissive licence)